Do you remember a recent dream you had? Or an older one that stayed vivid in your mind? Today, you’re your own Freud: Tell us the dream, then interpret it for us! Feel free to be as serious or humorous as you see fit, or to invent a dream if you can’t remember a real one.

They said I can do anything in my dream.  I can be anything a dog, a cat, a fairy, a beautiful princess, or even a president of a kingdom! Mind you, a president for a kingdom! Isn’t it a kingdom ruled by a King? As I said, it’s a dream. I can have everything I want. I can be whoever I’d like to be. I can go anywhere. Imagination is the limit.  That’s what I thought.  But not with my dream.

I had this one dream in which I was the superhero, and had a superpower. My supposed greatest powers were flying and telekinesis. Just like the protagonist in my favorite superhero films, Superman, Spiderman, X-Men, etc. I felt so powerful that I thought I could conquer all villains. They couldn’t defeat me. I was undeniably a conqueror! Haha. But there was one problem with this so-called Superhero Dream of mine, I couldn’t fly nor move anything with my mind.  My dream was like a broken DVD player playing over and over the same scenario. The dream always started with me being a nobody (sounds familiar?). But I was aware that I was dreaming, so just like any writer of my movie, I would pretend as someone helpless, loner, nerd, or someone not worthy of a second look, but with a high intelligence and ability that other people or even my friends or family were not aware of. Then suddenly, out of nowhere, a villain attacked. They were not the usual alien invasions, or a war freak giant robot created by a devil-scientist, or wasn’t about stopping a natural calamity like in a movie 2012, but instead an attack by a human-flesh-eating monster, Aswang. 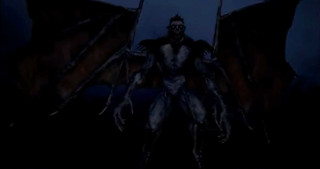 Aswang is a Filipino folklore monster that feeds on the fetus or on any human viscera. They love to eat the meat, raw. They could fly because of their wide bat-like wings.

I don’t know why, I was the director and writer of my dream, but I did not have the power to change the antagonist of my play? It was always Aswang.  I could change them to vampires or werewolves at the start, but they ended up evolving to Aswang just the same. And since I was the  proud undefeated superhero in my Dream then I was the only one who could stop them, right?  Yes, the ONLY BRAVE ONE!  Then the fight would start.  They could  fly and move fast. No problem with me. I was the Superman, I was the Professor X. I thought so. But instead of flying, I was levitating and crawling and moving in slow motion. Very weird! And then I would try to stop them using telekinesis, but to no avail.  I was conscious that I was dreaming, that everything was just a dream. My body and my mind were insisting to go on, finish the dream, kill the monsters. But I couldn’t even touch them. I was so tired of fighting and motivating myself that I started to fall! Then I would struggle to stay afloat… When the enemies realized that I could do them no harm, they got more aggressive and stronger, and determined to eat my heart. I did not back down… I wrestled with them. I fought them so hard and when they were about to bite me… I would wake up,  feeling so tired,  sad, and annoyed. I promised myself that if ever I would have the same dream again, I would be victorious… But when I experienced the same dream, it ended the same – no ending.

So maybe not all is possible in dreams! Or maybe only in my dream.

Posted from WordPress for Android by QwenL

4 thoughts on “All is Possible… Not in my dreams”